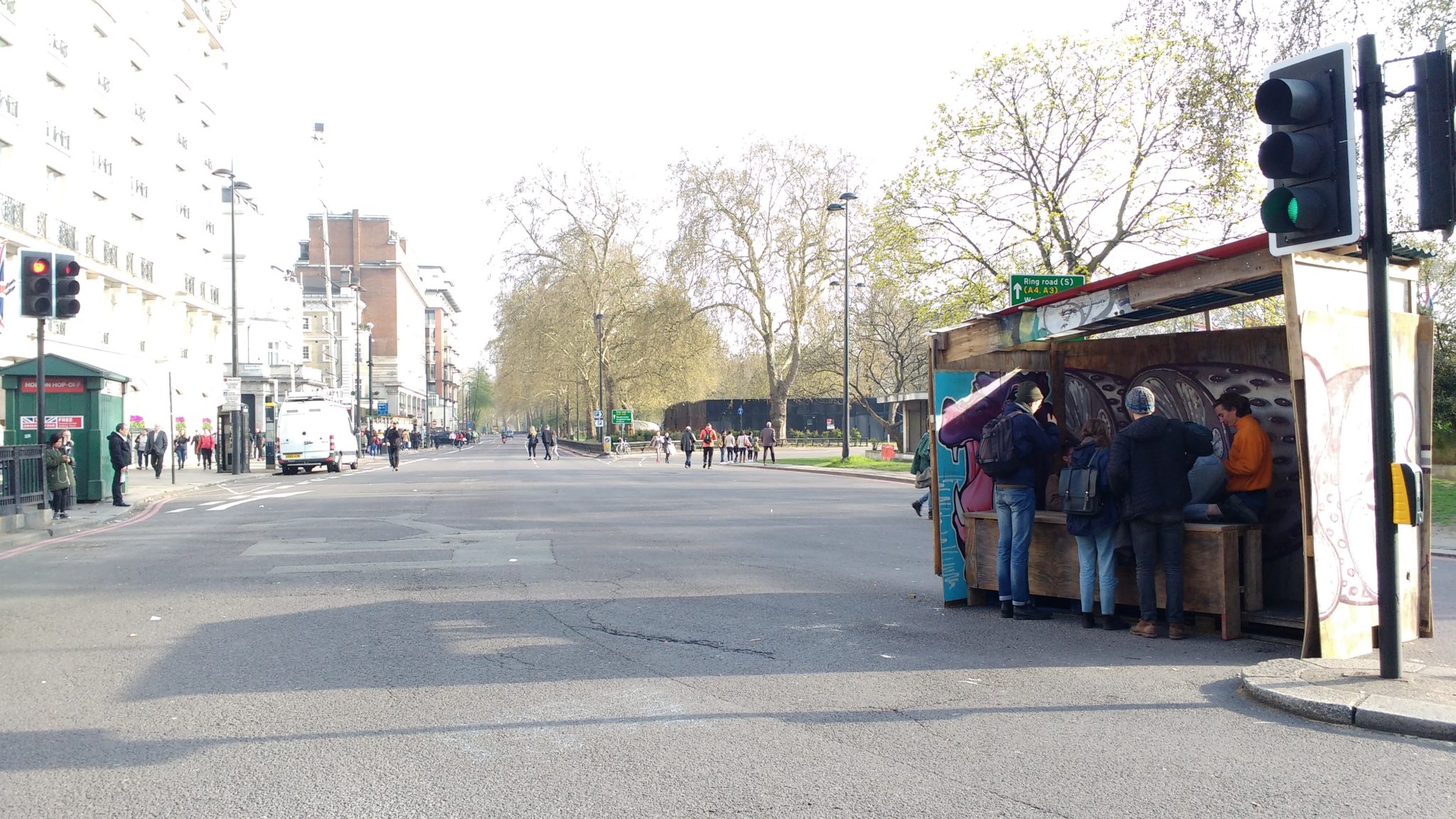 Today’s call for the occupation of major junctions and public spaces in London (and around the world) saw protesters flood the streets.

The possibility was opened, the crack was made, for individuals to make history – to allow for a new category of public space to emerge: a category that describes public space not as spatial condition but as capability.

These citizens have employed a set of techniques and tactics – a form of body politics – that has reproduced public space. Their demonstration shows us, yet again, that traditional public space can no longer serve as platform for free speech.

Public space is misunderstood as its instantiation as a mall, a square or a park. These, for the sake of security, heavily controlled and surveilled spaces (Sorkin, 2008) allow for a very narrow bandwidth of opinions and align the very idea of public space more with consumerism than with free speech. Public space has become a commodity.

Public space has historically been seen as a category of space that inscribes and represents the rights of the citizens. Through the adoption of neo-liberalism as the nation-state’s modus operandi however,  that critical understanding of urban public space as a common good and a space of free speech has been put at risk.

“The success of this mobilisation depends on us. It will reach the critical threshold only if enough of us cast aside denial and despair, and join this exuberant, proliferating movement. The time for excuses is over. The struggle to overthrow our life-denying system has begun.” (Monbiot 2019)

As George Monbiot argues – it is up to us to exercise our identity and see ourselves as active citizens.

The Extinction Rebellion movement, like many that have gone before it, reveal where the true power of the city lies. Opportunities arise when a new semantic of everyday practices occur that challenge the status quo of conceived and perceived urban spaces, regardless of existing power-relations.